Anything is Possible: Digital LED Spheres

Here at LEDPros we really do believe that anything is possible, especially with LED technology.  As the days go by the value of LED technology is becoming increasingly evident due to the constant influx of new products into the market. Currently taking the market by storm are these new Digital LED Spheres we saw  at the LED Convention in China. These Digital LED Spheres illustrate just how rapidly the LED market is progressing and developing. The Digital LED Sphere has taken the ridged, flat LED panel of yesterday and revolutionized it to embody the 3D aesthetics of tomorrow.  With the emergence of Digital LED Spheres, flat LED signs have finally met their market competitor.

Customization: The Key to Endless Possibilities

LEDs are the most versatile message broadcasting devices currently available to us. Now, you may be wondering why this is. The versatility of LEDs all comes down to their ability to be easily customized and programmed. Their ability to be customized allows us to see inventions like the digital sphere and transparent LEDs. The Digital LED Sphere would be very difficult to manufacture with conventional lighting and digital technology. Currently, revolutional products like the Digital LED Sphere are rare in the North American market.  LEDPros sees this as an amazing opportunity to bridge the gap between the Asian and Western markets by introducing custom LED displays and configurations such as the digital sphere.

So, what can customization do for you?

The answer is: Anything.

Email us as well at info@ledpros.ca

LEDPros recently got back from a big LED expo in China, featured in this article is a sight to behold: an LED DJ booth. If you have already viewed the video above, you should already know how “out of this world”LED DJ booths are. If you haven’t watched it yet, take a quick look now.

Shapes out of this World

These LED DJ booths are custom made to the specs that you want. We can get them manufactured so that they fit with the exact need or plan that you have. There are also a variety of different panels that come in different shapes and sizes. These predefined panels allow you to create actual 3D elements. When combined with software programs for the LEDs they really standout. 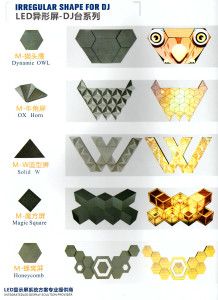 These LED setups  hook directly to the device that you are using and make the actions and movement on the screens sync to the music. This not only makes the performance stand out, but also complements the music. 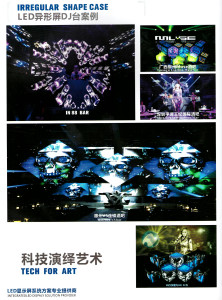 As you can see, the stages and sets that you can create can get very complex. However, you can also keep them very small scale and simple. The choice is yours.

These fully programmable setups are the future of the club and party scene. They not only allow you to make anything you want but they also enhance the experience for the people at the venue or show. 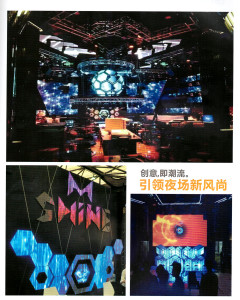 So, what can LED DJ Booths do for you?

The answer is: Anything.

Are you interested in making custom LED DJ booths?

Email us as well at info@ledpros.ca

In the next 5 years  laggy inconsistent Wi-Fi networks could be a thing of the past. Researchers confirmed that information can be transmitted by light. This process is known as Light Fidelity, or Li–Fi. It is hundreds of times faster than basic Wi-Fi and is a major step forward in networking and wireless technology. Unfortunately,Li–Fi is not commercially available to the public. Li–Fi  is projected to be worth over $6 Billion by the end of 2018.

It works by switching the current to the LEDs off and on at a very high rate. These rapid flashes work as a binary code to transmit data. Although Li–Fi LEDs must be kept on to transmit data, they can be dimmed. While dimmed they are not visible but still emitting enough light to carry data. Li–Fi needs a direct line of sight to receive information. This keeps networks much safer because you will have to be in direct contact with the light to connect to it.

As a result, it has a shorter range than traditional Wi-Fi signals which are carried on radio frequencies. Radio frequencies are picked up through walls and other objects. Li–Fi can have its ranged extended by bouncing the light off of walls or mirrors. By doing this you do lose some of its speed, but even with that loss  it is still 100x faster than traditional Wi-Fi.

Due to the popularity of cellphones and Wi-Fi connections, our bandwidth is becoming quite limited. Bandwidth comes from the radio spectrum and is not unlimited. The US Federal Communications Commission has warned of a potential spectrum crisis because Wi-Fi is close to full capacity. Li–Fi has an almost unlimited capacity because the visible light spectrum is 10,000 times larger than the radio frequency spectrum.

Additionally, any light source can emit a Li–Fi connection. This means that street lamps alongside roads can be equipped with it. This would allow for self driving cars to navigate. It can also be used to provide a free network connection to anyone.

With current technology Li–Fi will be cheaper than Wi-Fi. They have less components and are easier top create than radio transmitters and receivers. The only major roadblock for Li–Fi  is the infrastructure. Due to the fact that we have been on Wi-Fi networks for such a long time, most of our technology and infrastructure is compatible and made to work with it. For it to work with the new Li–Fi technology we would need to do a lot of conversions to the basic everyday things that use Wi-Fi. 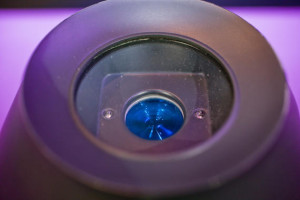 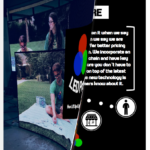